The Referendum in New Caledonia: what is at stake? 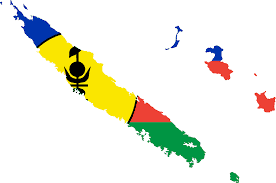 The Referendum in New Caledonia: what is at stake?

By November 2018 New Caledonia will hold a referendum on the future of this French overseas territory to decide whether it will remain with France or become independent. Two experts will explore the background to this crucial vote: the evolving role of France in the Pacific; the issues surrounding the vote, such as the constitution of the electorate; and the choices to be put.

Robert Aldrich: France’s ‘Overseas Frontier’ in Today’s World In 1992, with Professor John Connell, Robert Aldrich published France’s Overseas Frontier: Départements et Territoires d’Outre-Mer followed several years later by a book on the dependent overseas territories of other countries (including Australia). In the twenty-five years since that first publication, what has changed? This introductory talk will address the situation of France’s South Pacific outposts in the context of transformed geopolitical, political and cultural conditions, and with comparative reference to other ‘peripheral territories’. What stakes do they represent and what challenges do they face in the early twenty-first century?

Robert Aldrich is Professor of European History at the University of Sydney. He has published very extensively on the French presence in the South Pacific since 1842 and on the history of France’s overseas expansion. He holds the Ordre des Palmes Académiques and is a Fellow of the Australian Academy of the Humanities and the Academy of the Social Sciences in Australia.

Denise Fisher: Towards an Independence Referendum The series of accords ending the 1980s civil war over independence in New Caledonia have overseen thirty years of peace and economic development. They culminate this year in a long-deferred independence referendum. France and the local political groups favouring independence, and those opposing it, are engaged in discussions and negotiations preparing for that referendum. The issues are sensitive. This presentation will explore the processes and issues at stake for New Caledonia, and will flag implications for France’s presence in the South Pacific, and for Australia.

Denise Fisher is a former senior Australian diplomat, having served as Australia’s High Commissioner in Zimbabwe and Consul-General in Noumea, and as political and economic analyst in Australian missions in Burma, Kenya, India, Malaysia and the United States. Author of France in the South Pacific: power and politics (2013), she is currently Visiting Fellow at the ANU Centre for European Studies. The talks will be followed by wine and cheese.

Belarus has been embroiled in massive protests since its May election results gave Lukashenko another term. But will this lead to change?