The origins of the New Zealand branch of ESAANZ can be traced back to the mid-1990s when the EU Studies Association of New Zealand was first established. While always driven predominantly by members from the University of Canterbury, over the subsequent quarter century the membership increased as academics from other universities joined, especially from Auckland, Otago and Victoria. EUSANZ was active in applying for Jean Monnet funding for its activities, the key feature of which were conferences (either stand-alone or in cooperation with other groupings such as CESAA). EUSANZ was also a member association under the ECSA World umbrella and the President of EUSANZ served for several years as the EUSA-World Vice-President. The identity of EUSANZ became blended, to some extent, after 2000 with the parallel development of the NCRE at Canterbury and again in 2007 when the 8-university EU Centres Network consortium was set up. These parallel and interlocking initiatives remained the framework for EU studies in New Zealand until 2020 when EUSANZ was replaced by ESAANZ.  The NZ branch of ESAANZ remains multidisciplinary in focus and seeks to support EU research particularly among early-career academics. An annual conference remains the major activity, covid19 notwithstanding.

Members of the Committee

Christchurch Chair and ESAANZ Vice President
Dr Serena Kelly is a senior lecturer in the politics of the European Union, deputy director of the National Centre for Research on Europe, University of Canterbury and chair of the New Zealand Institute of International Affairs, Christchurch branch. Her current research examines the impact of BREXIT on New Zealand, the proposed EU-NZ Free Trade Agreement as well as the visibility of the EU’s development policies in the Pacific. More details about her publications may be found at https://researchprofile.canterbury.ac.nz/Researcher.aspx?researcherid=1698943 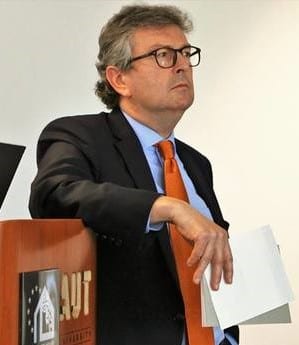 Committee Member
Professor Martin Holland, holds a Jean Monnet Chair ad personam, is Director of both the National Centre for Research on Europe at the University of Canterbury and of European Union Centres Network in New Zealand. He is the author of twenty-five authored or edited books and internationally recognised for his work on EU Development Policy, Common Foreign and Security Policy and as well as Perceptions of the EU. He has received a number of notable awards including: a European University Institute Jean Monnet Fellowship; Alexander von Humboldt Fellowship; Rockerfeller Bellagio Fellowship; and a Bene Merito award from the Polish Foreign Ministry.

And that concludes ESAANZ 2020 online conference!

We'd like to say a huge thank you to all of our speakers for their participation in this event and their wonderful contributions to understanding the EU in 2020!

We can't wait to see you all next year. Until next time!